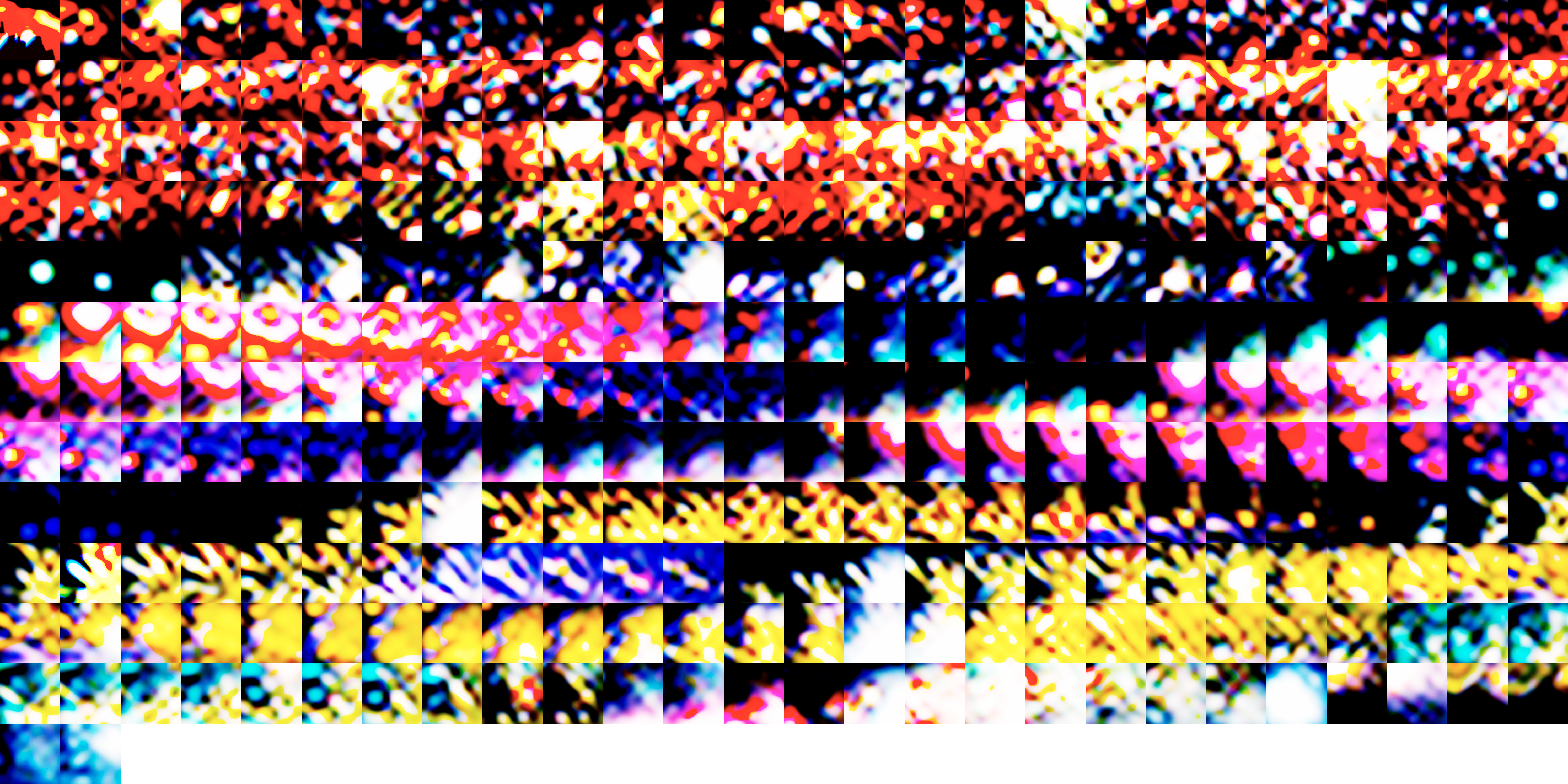 
The old port of Montreal canceled its New Year’s Eve fireworks display this year for the pandemic. When they last shot them off two years ago, you could buy a CryptoPunk for around $100, not that anyone would have cared. Even this past July, when the Montreal artist Figure31 released his breakthrough on-chain project, SALT—where 180 pieces cycle daily through the same 180 abstract digital photographs—the market and collective mental space occupied by NFTs was in an altogether different era.

To say NFT time moves fast hardly captures how it feels to take part in it. Visual trends blow up and deflate by the week. Floor prices thrash up and down: look no further than Figure31’s own stats page for SALT. Collectors race fiercely-clicking strangers in the mad rush of minting, all their compressed energy exploding in the sudden shock of a reveal valued somewhere between generational wealth and zero. Here there are fireworks. They’re exploding all over—or at least it seemed that way last year. When does it end? Has it already? And what’s left after a firework blows up?

On New Year’s Day, Figure31 released an elegantly complex new project called IFICE, with a few twists and no clear outcome. “I started as a photographer and studied cinema and worked with images all my life,” he told me. “But I don’t want to only work with images.” 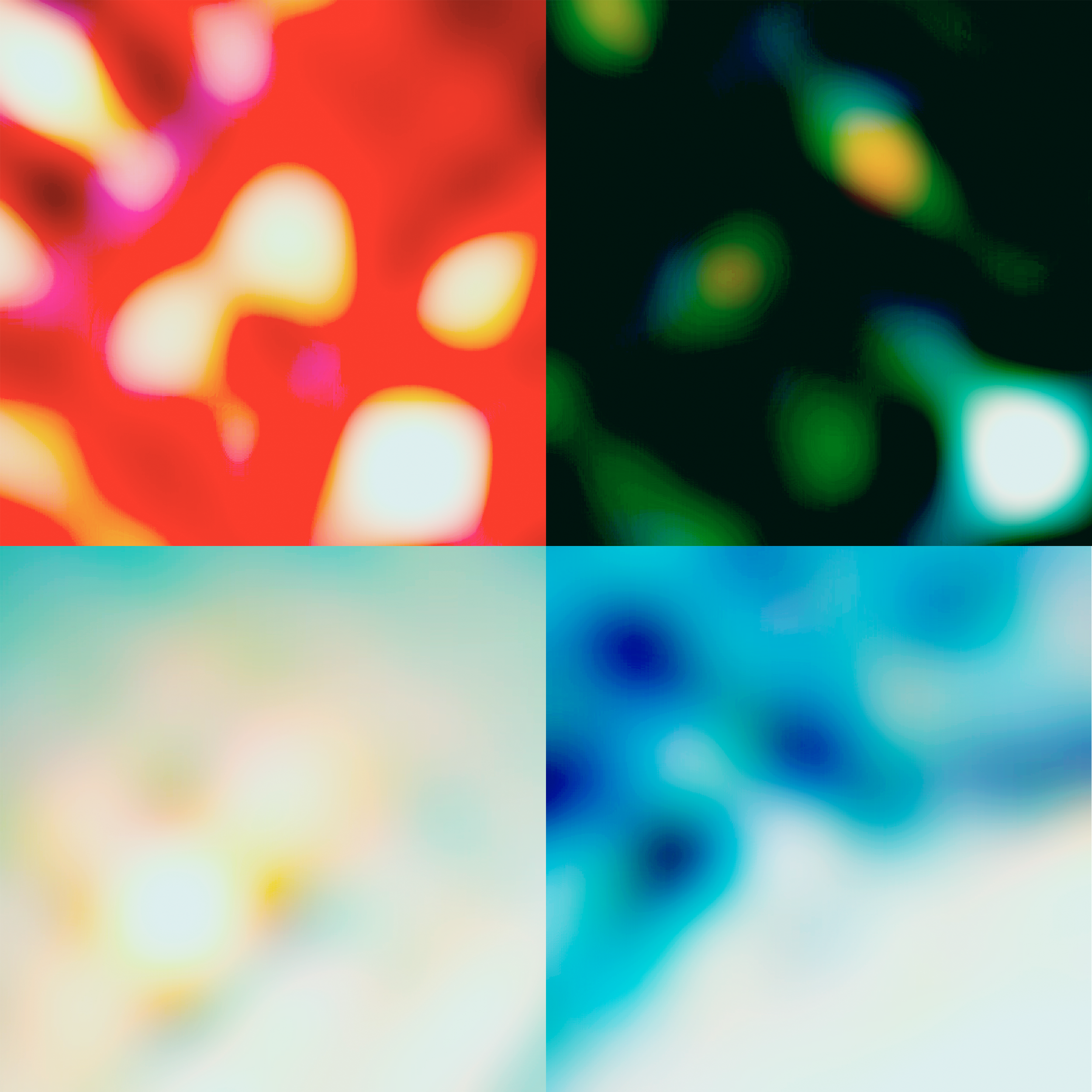 During the weeklong minting period, one can obtain any number of IFICE’s 6,884 unique frames. They’re abstract, blurry, and vividly colored, reminiscent of a firework’s afterimage, and they all have a particular place in one of 22 larger sequences. Each frame also acts as a ticket, redeemable in a viewing room on Figure31’s website, to experience its entire originating sequence in motion—but only once, ever, by anyone. Afterward, the frame remains a standalone artwork, a memory that somehow existed before an event, the residue of something that once was.

The source of the 22 sequences is officially irrelevant: Figure31 would only tell me they come from videos scraped off the internet. In any case, his production process was destructive. From high-resolution footage, he cropped smaller video canvases around 100x100 pixels, excerpted the clips-within-clips for a few seconds, then divided them into selected still frames. These he subjected to loops of interpolation algorithms, so they shrink then blow up, forcing the software—which works not unlike human memory—to manufacture visual information that best fills in the gaps.

To demonstrate, I provided Figure31 with a photo from my childhood. He compressed and decompressed it some 1,576 times, then shared an animation of its evolution. See it below. “It's a bit like playing chess with an image,” he said of his process, which is procedural but also manual: in IFICE, he tinkered with the frames by hand to push the colors and achieve other harder-to-define effects. “You can’t anticipate the result exactly. Every image has a certain potential, and if you take a certain direction, it will lead you to more possibilities.”

Much of the most provocative, beloved on-chain artwork produced over the past year confronts time in some way. For a good reason: smart contracts offer the chance to touch immutability in a world that seems increasingly fragile. Techno-philosophers might argue over whether the blockchain is a waste of time or is time itself, but most would agree on this: technology offers artists and their audiences ways to see the world anew.

Recent highlights include David Rudnick’s EXODUS 2, a series of haikus scheduled for auctions across the next four decades; on its website, you can download notifying iCal events. John F. Simon, Jr’s Every Icon, first released in 1996 as a software process that would take trillions of years to run from start to finish, was redesigned for the blockchain: now, collectors have the chance to select a starting point eons into the virtual future.

Across his body of work, Figure31 attacks time like a boxer from multiple angles. SALT’s never-ending cycle evokes permanence without decay; by unfolding so slowly, each piece makes itself available to be appreciated occasionally, even just in passing-by, over months and years. The central viewing experience of IFICE, by contrast, offers only a fleeting climax. In the viewing room, the montage lasts only about a minute before becoming inaccessible, its very impermanence challenging our fascination with forever-lasting JPEGs in the first place. Leaving us with just a frame, IFICE assures us we never see everything. 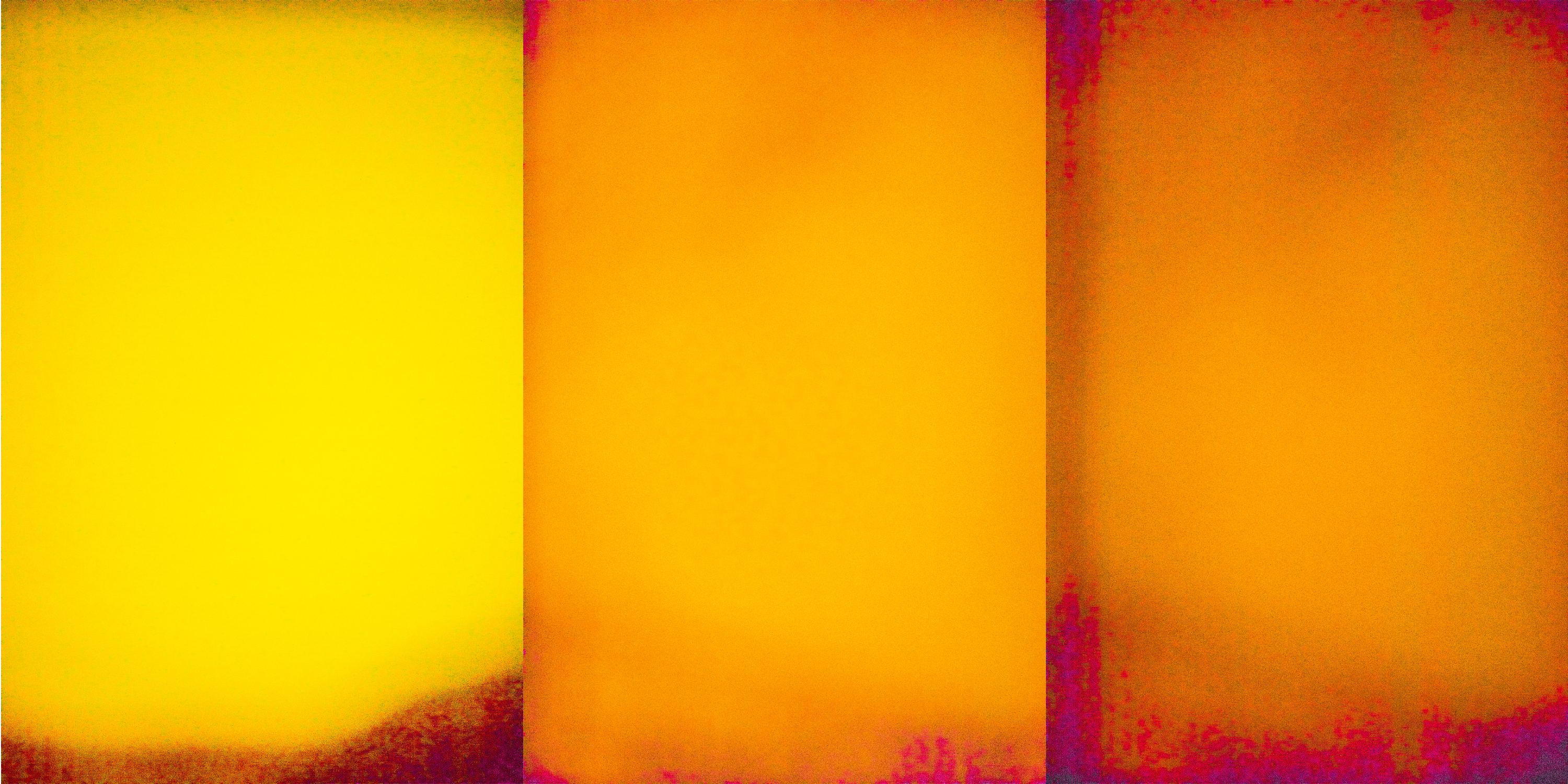 IFICE also shares a sort of symmetry with Figure31’s second major project, LYAM, a collection of dramatically eroded still images from the 1961 film Last Year at Marienbad. As with IFICE, a moving image became a fuzzy grid of blown-up pixels, sort of something if you squint. Naming LYAM’s source material was crucial, though: it bridged NFT art to the history of film and all its attendant theories. Like what does a single frame fail to communicate, compared to a long take? Long shots make you patient, train you to absorb, and force you to stay within a thing—through inhuman technology, they offer a sensitive framing for human life. How can on-chain art achieve the same?

UNSHADED, Figure31’s recent and ongoing project, conjures death. Sitting beside an endless sea of crude profile pictures—last week, I noticed NFT releases for Baby Girls Ape Club and Kindergarten BabyApes—UNSHADED contains 10,000 nondescript 3D rocks. Rocks are a rudimentary element to build with; call them Earth’s pixel. “I really want to push more into space,” he told me, hinting at future work. Collectors can irrevocably burn/bury a set of rocks, alongside any NFT of their choosing, to produce an as-yet-unrevealed new work he has likened to a gravestone. Vaguely, the project page states that this imagery “will be updated afterward,” making delayed gratification a subtle but critical dimension.

At the time of this writing, UNSHADED and IFICE share a crucial thing in common: neither collection has fully minted out. Where last year’s NFT boom seemed to promise an instant cash infusion to any independent artist who asked for it, today’s market conditions are far less maniacally up-only. That offers some new creative possibilities, though, especially around how work is distributed.

Like SALT before it, IFICE uses the blockchain, counterintuitively, to provide a form of collective ownership. Through identifying details in each frame’s metadata, anyone with an internet connection can reconstitute any image sequence with little more than a series of right-clicks and saves. That is unless no one mints those frames in the first place. In that event, they’ll be viewable only as temporary elements in the montage—glimpses lost to time, fading traces of an explosion. The memory will have holes. 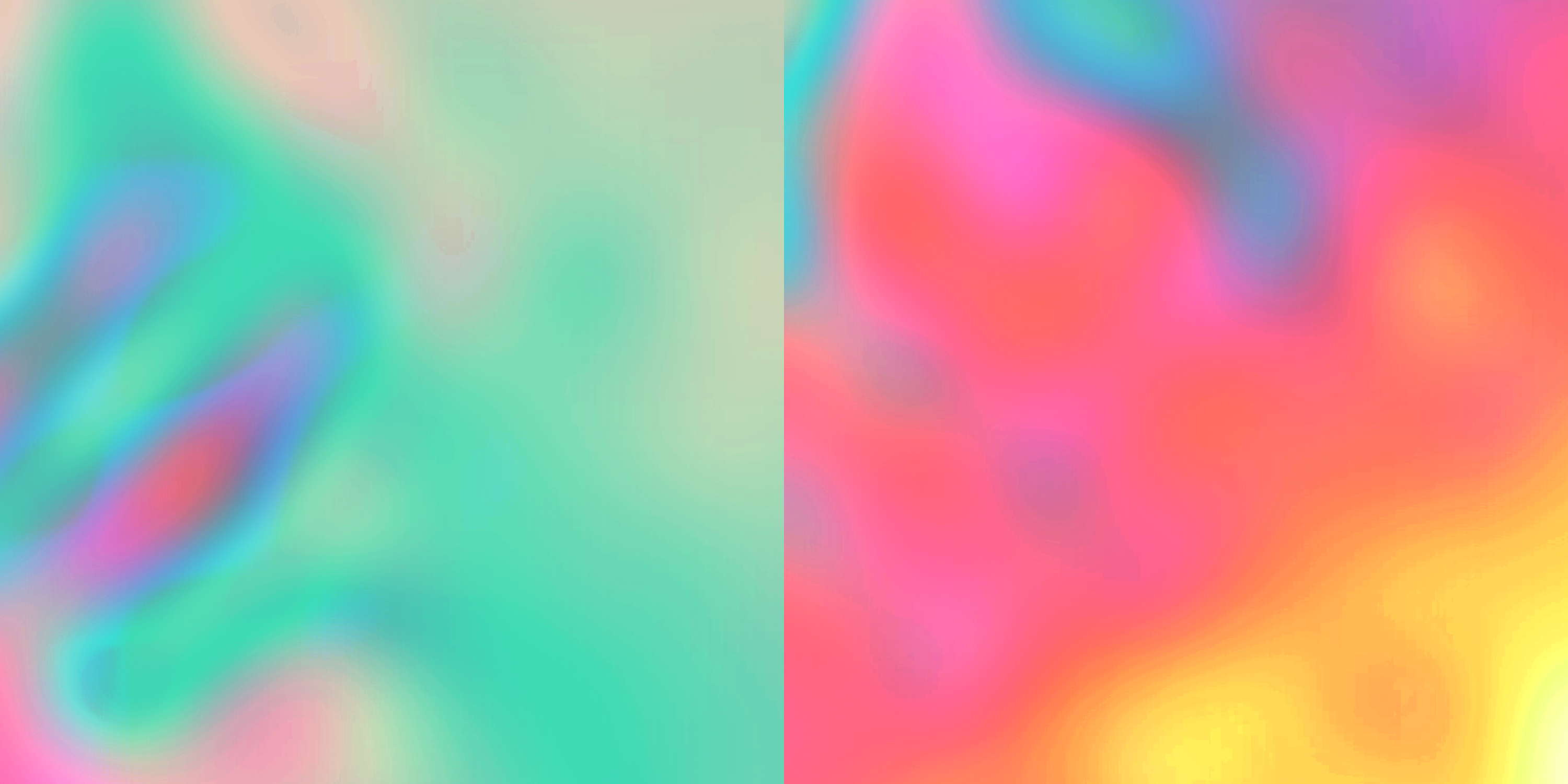 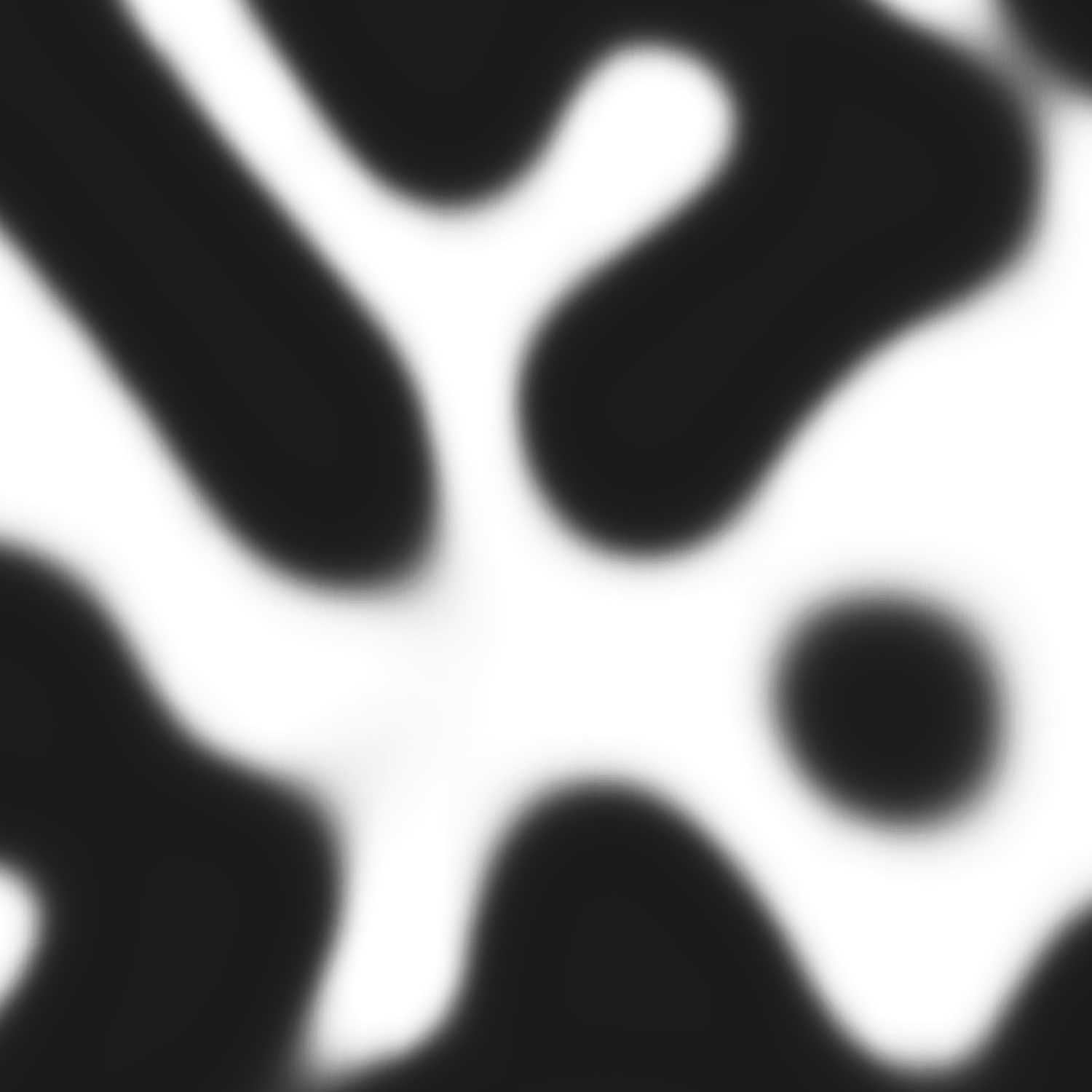